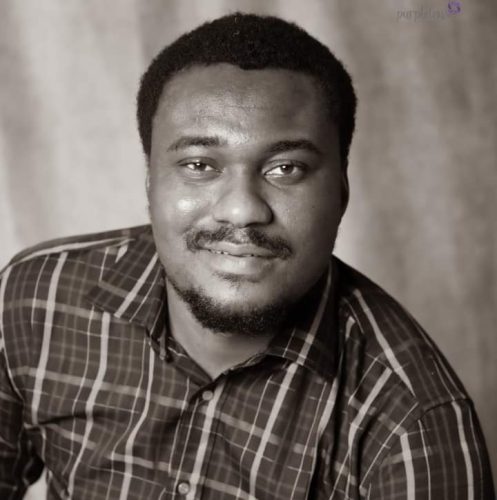 If you have ever thought about starting a career in business, you’ve come to the right place! Akintayo Ajala (also known as David Ajala) is a graduate of the Business Administration Program at CBBC Career College. We sat down with him to chat about his journey, what’s next for him in this exciting industry, and how CBBC has been there to support him along the way.

CBBC Career College: David, thank you for taking the time to chat with us this morning. We’re really excited to hear about your experience in the programs. To start off, could you tell us a little bit about yourself?

Thank you so much. My name is Akintayo Ajala, but I’m widely known as David. I live in Halifax, Nova Scotia currently and I’m a graduate of the Business Administration program at CBBC.

Thank you so much! Okay, who did you choose business as your area of study?

Well, I had a background in accounting back in my home country. And upon my coming to Canada, had to find something to do, and business is one of the major fields that I always wanted to study in. So that’s why I chose that.

And why did you feel that CBBC was the best school for you?’

Well, honestly, I chose CBBC because I wanted an institution that is all-inclusive. I want to identify with an institution that is diversified in a way that has so many people from different backgrounds. I identify as a black person so you see that CBBC is all-inclusive. One on one, you tend to realize that they take each case by individuality. It’s not like to generalize everyone. They understand where you’re coming from. They understand what you want and they tend to advise you in that direction.

How did CBBC Support you in your education and your goals?

When I joined CBBC, at first, I was working and my study was supposed to be full-time. It was supposed to be a full-time study. Well, with someone that has a family, I wanted to continue working. I wanted to continue to just juggle between my work and school. At first, I had to resign from my job and I spoke with Brennan, who was the counsellor at that time, and he advised me telling me that he could assist in speaking with people that could help. First of all, it was with an instructor. I forgot his name right now. It was the instructor that actually helped, not giving me a job, or not helping to get a job, but he advised me in a way to go, which was really something I took home with.

I had some challenges anyways, at first. Jodi was wonderful. He was so very much there for us Whenever we needed to get any help, we knew we could email him even outside of class. Even in the class, we could talk to him more privately and in general, and that happens with other instructors as well. Even after school, they helped.

Can you tell us a bit about what you learned in the program? What are the major skills that you’re taking away?

When you talk about business, the curriculum in school is HUGE. We have thought about so many things, so many things that would even make our own personal lives better. Not only about the book stuff,  but it’s encompassing all aspects of life, which was really much more important to me than just seeking a job and whatnot.

It was my first time learning Quickbooks and Simply Accounting. too which is incredibly helpful!

It sounds like it was a great experience for you, and we’re so glad! But now for the question that everyone whats to know: How long did it take you to get a job after graduation?

I got my job almost immediately! I graduated in September 2021 and was hired that October. My instructor at CBBC College was one of the references that I used on my resume.  It was really helpful! From time to time, I get emails about dropping in, what do you want for a career? How can we help you? Those are the questions we want to hear. They really show concern about your future. I got a job just not too long, not too long at all.

For someone who is new or who is interested in studying business administration with CBBC, I would say that you don’t have anything to worry about. You would be taken care of. You will be taught in a way that you understand, even if you know nothing about business before now. It’s an environment that helps you to grow personally and career-wise. No matter what you want to do in life, whether to upgrade your career or change your career, CBBC is the best way to go.

Do you want to stop toiling away in a job and start a career? You can, and you can be job-ready in under a year just like David!

We’re currently enrolling students in a variety of programs and would love to chat with you. Visit our website to learn more and to get started today!